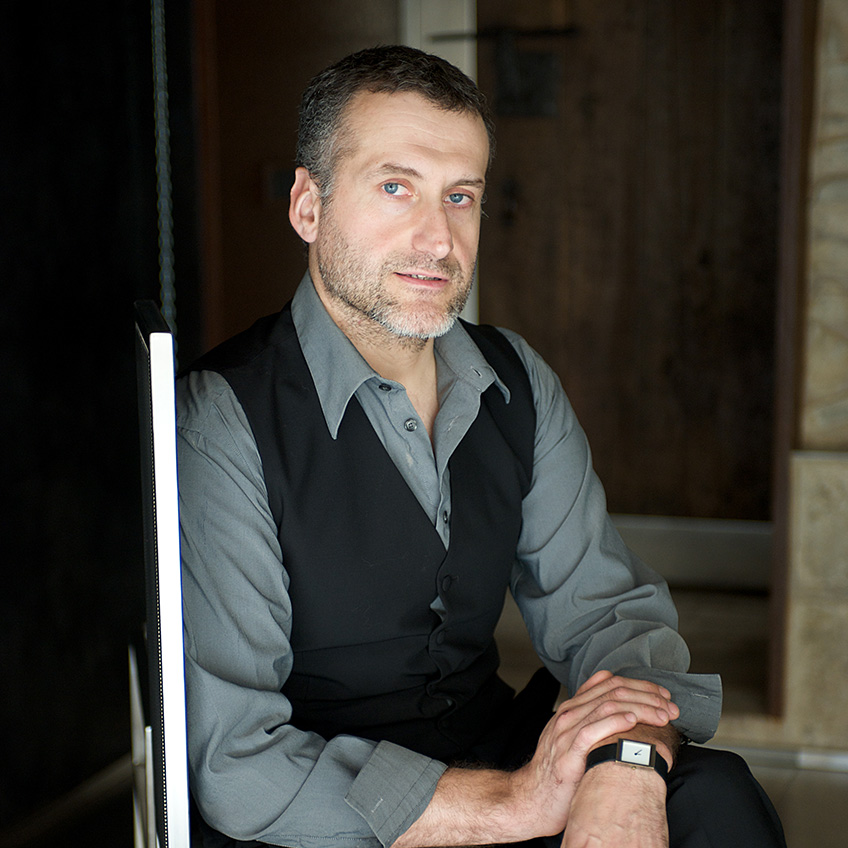 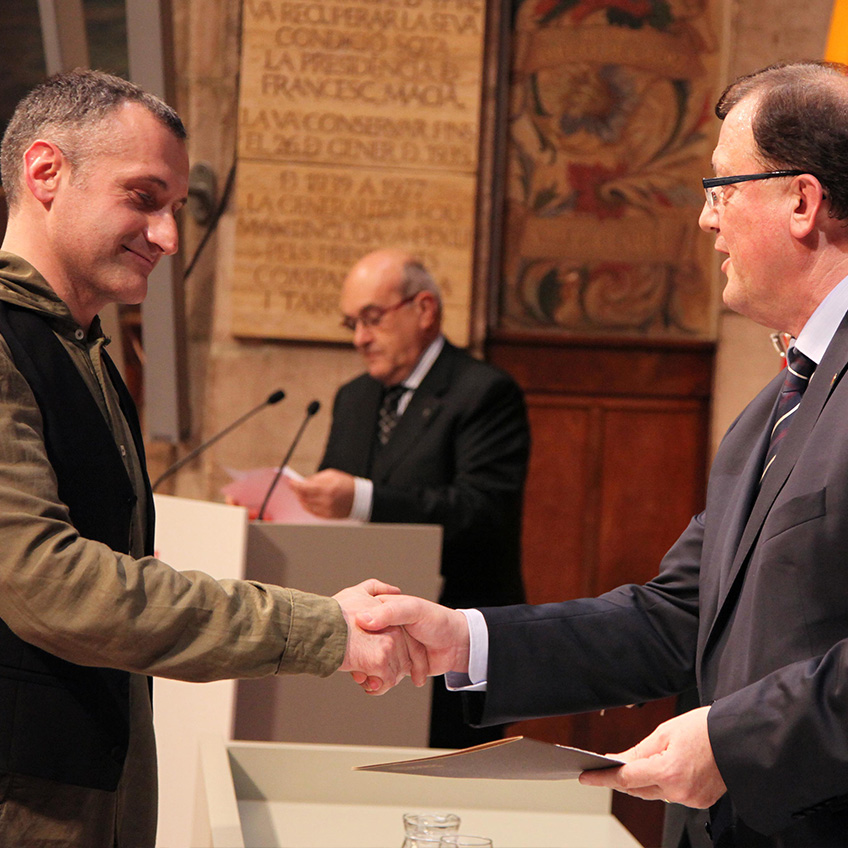 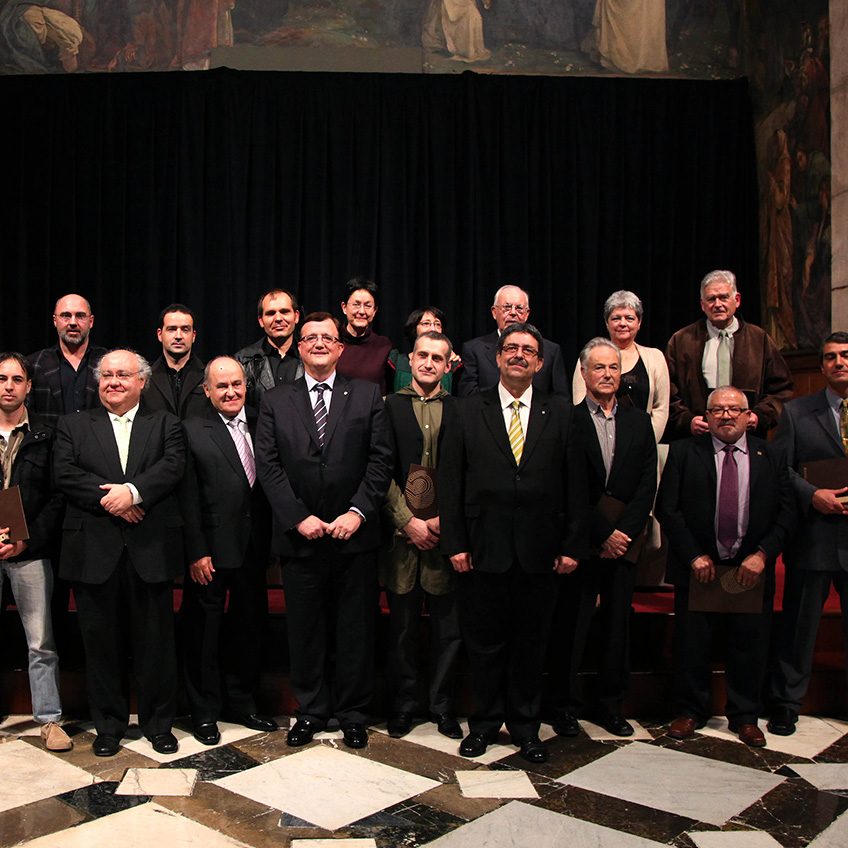 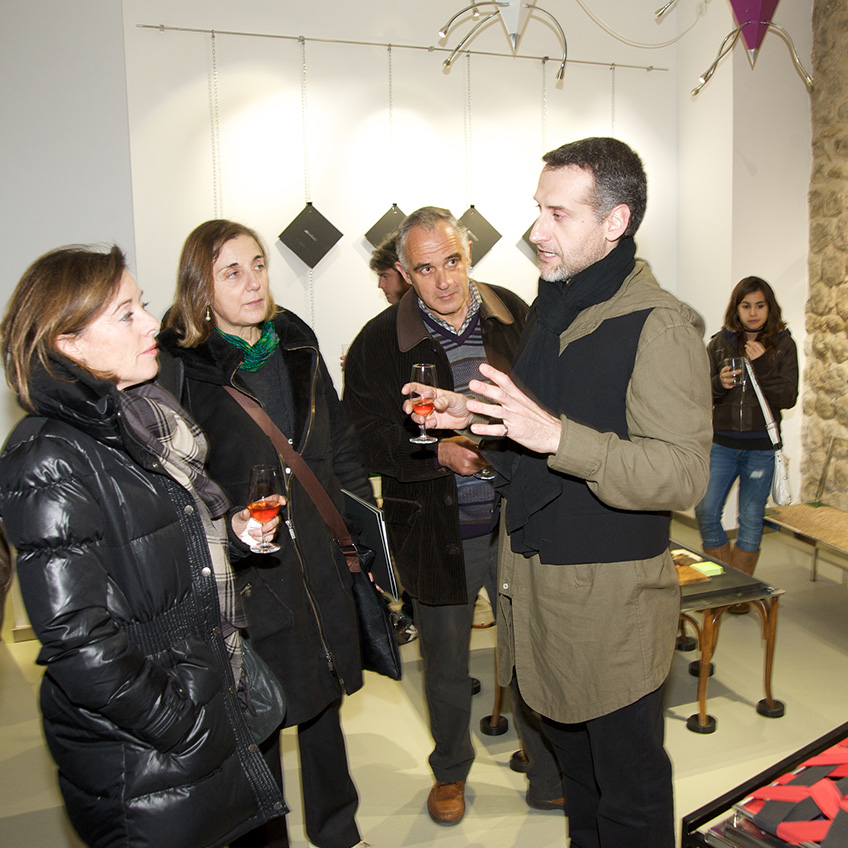 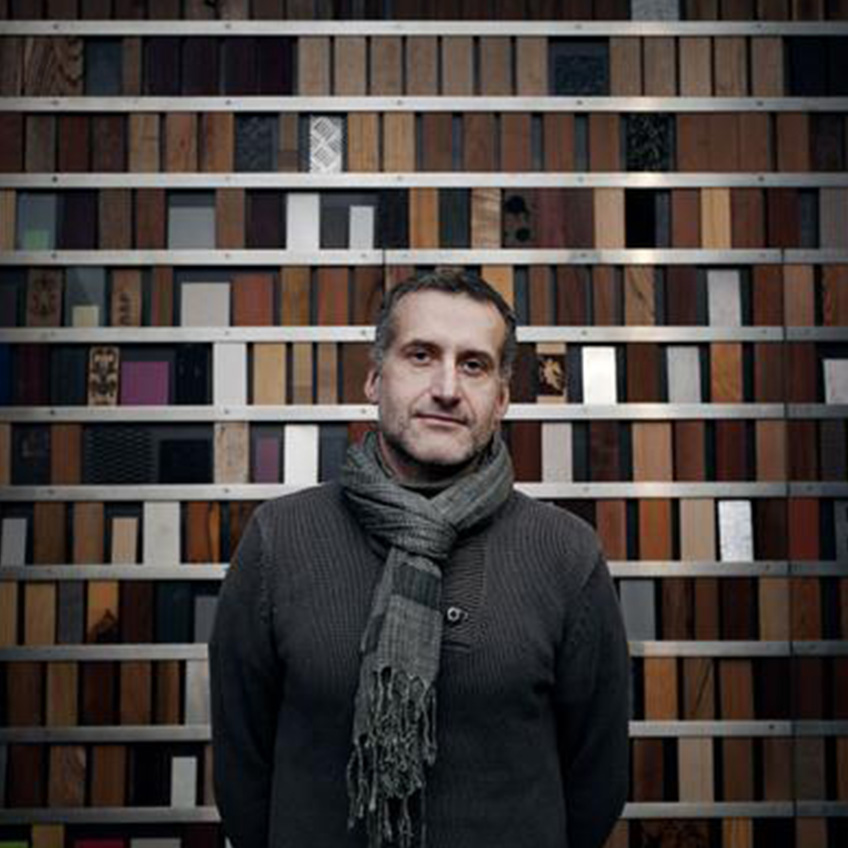 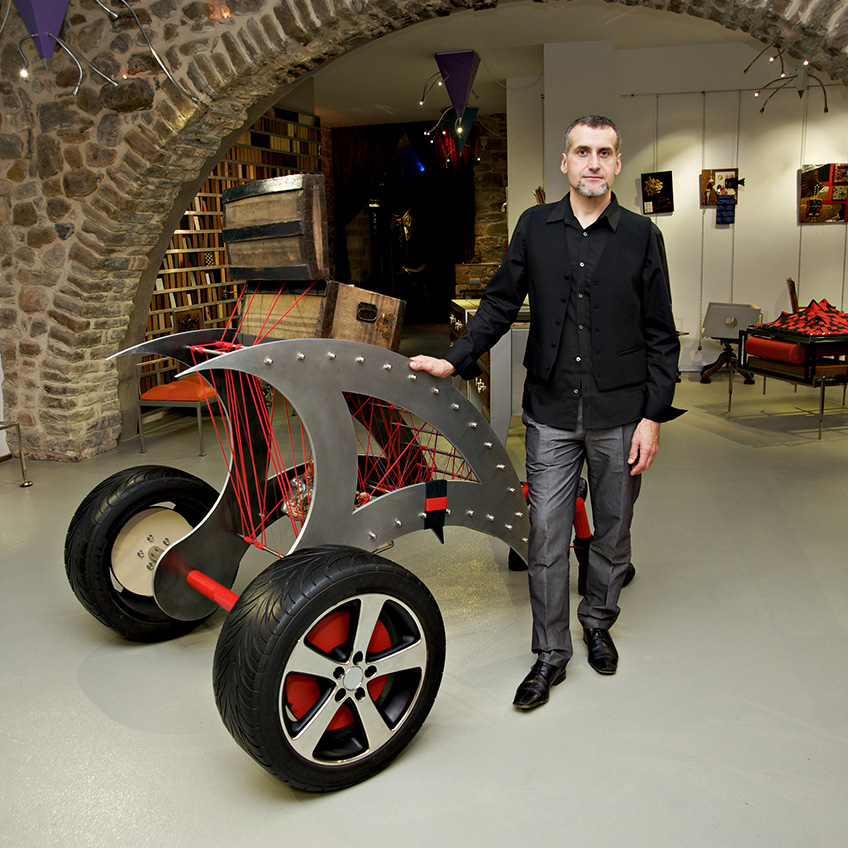 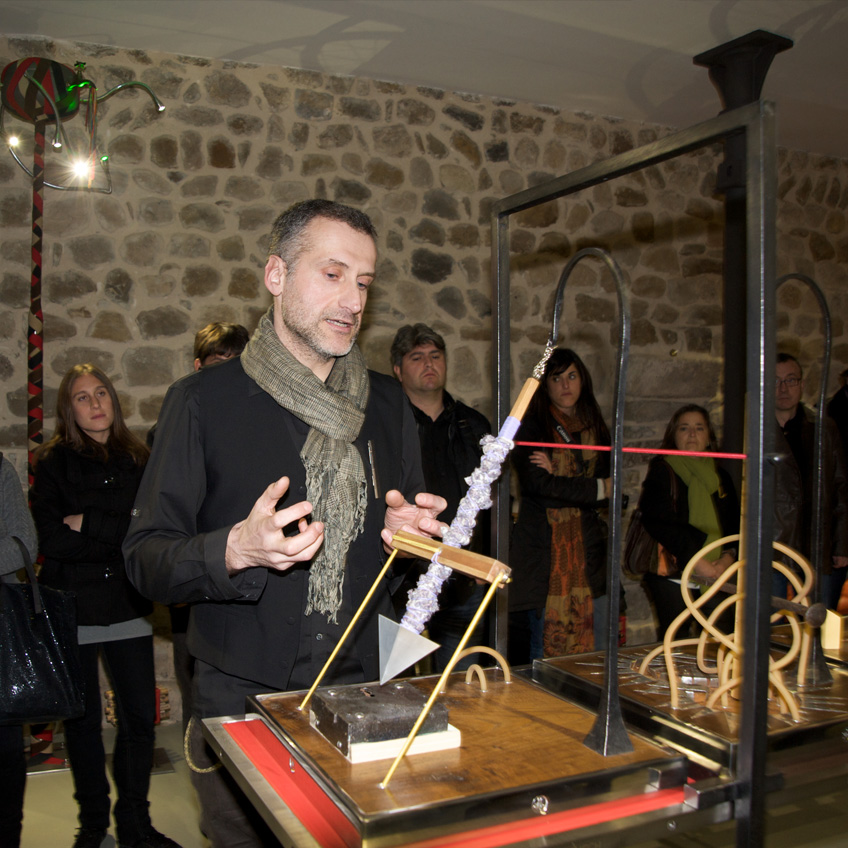 Kel Domènech starts his vocational training in the world of cabinet-making and restoring. Since the 1980s he has worked in both, private work and restoring chattels belonging to public institutions from the 17th, 18th, 19th and 20th centuries.

Now, thirty years later he applies all his constructing experience, his profound knowledge of materials, techniques and the theoretical background from his beginnings to develop a sculpture that encompasses the whole universe in each particular work.

His works explore colour, feelings, textures, emotions, materials visualization, reflecting on the past, future, technology, and art theory. Physically and conceptually eclectic pieces in the purest sense of the word.

Kel Domènech’s work is pure eclecticism, freedom to its extreme; with the only conditioning of high self-demand to the standard of final touches. Experimenting on colours, textures, materials, measures and periods is constant, an organised explosion of creativity applied to combine art and object.

His collection is in constant evolution, it starts from some basic guidelines which form Domenech’s initial philosophy and which he experiments at every new work along different paths, creating eclecticism both in the whole and in the single piece.

Every work is born out of an idea or concept which needs to be told and which evolves from an antique piece of furniture by designing and building its remaining parts until it defines the final sculpture. The work receives influences from all fields and periods.

Deconstruction is sometimes used to begin creation, a historical study for a drastic and transgressive proposal. Abstract art Sculptor, cabinet-maker, historian, collector, antic dealer, designer and philosopher fused in one only mind who creates sculpture in the form of a unique piece and with a firm commitment of non repetition.

“In a world which doesn’t know where it is heading, experimenting is the only way to find the path. Weave the present which will take us to the future.” Kel Domènech.

The website uses its own and third-party cookies to collect information that helps optimize your visit to its web pages. Cookies will not be used to collect personal information. You can allow its use or reject it, you can also change its settings whenever you want. You will find more information in our Cookies policy.

Through this control panel you can configure the cookies that this website uses. Some of these are essential for the proper functioning of the page, while others help us improve your experience by providing information on how the site is used. You will find more information in our Cookies policy.

Google Analytics
Analytical cookies help us improve our website by collecting and reporting information about its use.